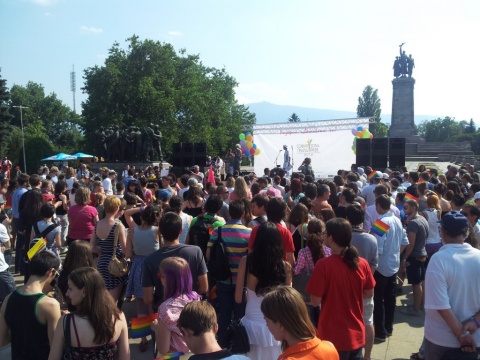 Hundreds of people have assembled and started their march in the center of Bulgarian capital Sofia on the Sofia Gay Pride 2012 rally.

Citizens assembled in the park of the Soviet Army monument and have now started their march along the Vasil Levski Blvd.

The rally will return to the park via the Dondukov and Tsar Osvoboditel Blvds.

Saturday morning, some 200 far-right nationalists marched in Sofia to protest what they allege to be the flaunting of perverted sexuality.