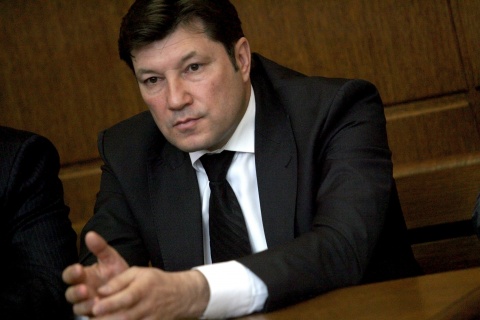 Independent MP Ventsislav Varbanov has suggested that the step will lead to a slight increase in prices of foreign brands of cigarettes, while cheaper brands will retain their current price tags or even grow cheaper. Photo by BGNES

Bulgarian independent MP Ventsislav Varbanov has proposed amendments to the formula for determining cigarette excise duty that is expected to result in a price increase for imported cigarettes.

The draft bill initiated by Varbanov envisages a change in the formula for calculating cigarette excise duty without changing its overall rate, at no less than BGN 148 per 1000 cigarettes.

Varbanov, former Agriculture Minister at Ivan Kostov's center-right cabinet, confirmed in a Thursday interview for Darik Radio that had tabled his proposal before the second reading of the amendments to the Excise Duties and Tax Warehouses Act.

He explained that he had also suggested tougher penalties for the sale of cigarettes without excise duty stamps.

Varbanov's proposal envisages a change in the ratio between the two components (ad valorem component and specific component) in the excise duty formula.

He explained that the amendments would result in a slight increase in prices of foreign cigarette brands, while prices of cheaper brands would stay the same or even decrease by a few stotinki.

Although Varbanov did not admit that the step was aimed at stimulating local production, he pointed out that local brands of cigarettes selling for up to BGN 4.60 would retain their current price tags.

He went on to specify that the changes would restore the cigarette excise duty structure applied prior to 2009.

Asked whether the amendments would not chase out major foreign players from the market, he said that he did not know of any major tobacco corporation that had withdrawn from the Bulgarian market.

Meanwhile, Customs Agency head Vanyo Tanov argued Thursday in an interview for Darik Radio that the proposed amendments would be a gross error because the impact of the newly introduced total ban on smoking in indoor public places on excise duty revenues had not yet been estimated.

He emphasized that the tobacco market was stable, unlike in 2010, when the excise duty rate had been increased.

"Market mechanisms are at play and there is competition between the companies for market share, which is why I believe that the proposal is inadequate. We shall find ourselves in an unpredictable situation which cannot be estimated at this point in time," the Customs Agency Director warned.

Varbanov's proposal is to be discussed Thursday at a sitting of the parliamentary budget committee.