Karadzic Acquitted of 1 of 2 Genocide Counts 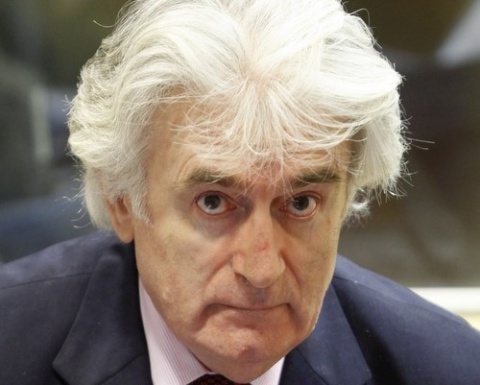 A file picture dated 03 November 2009 shows former Bosnian Serb leader Radovan Karadzic appearing in the courtroom of the the International Criminal Tribunal for the former Yugoslavia (ICTY) War Crimes tribunal in the Hague. Photo by EPA/BGNES

The International Criminal Tribunal for the Former Yugoslavia (ICTY) has acquitted Radovan Karadzic of 1 of the 2 genocide counts he faces.

According to judges, the prosecutors did not present enough evidence to support the genocide count covering mass killings, expulsions and persecution by Serb forces of Muslims and Croats from Bosnian towns early in the country's 1992-95 war.

However, the judges refused to clear him of 10 other charges, including his other genocide count that concerns his alleged involvement in the 1995 Srebrenica massacre of 8,000 Muslim men.

Karadzic himself denies all 11 charges of genocide, war crimes and crimes against humanity.