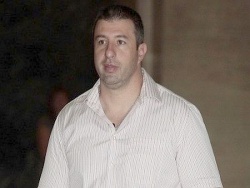 Alleged Bulgarian mobster Anton Petrov aka "The Hamster" has been arrested for organizing a crime group dealing with prostitution, local authorities say.

On Tuesday, two women working in a fashion model agency and one man were detained by police at the Sofia international airport. They were interrogated as witnesses.

Later, the Bulgarian police arrested two men who allegedly took part in the organized crime group by collecting money from the prostitutes. One of them has a crime record and the other one is a fashion agency owner.

The authorities have found out that the money was then given to 39-year-old Anton Petrov.

Petrov, along with his driver and two other individuals, was nabbed Tuesday evening.