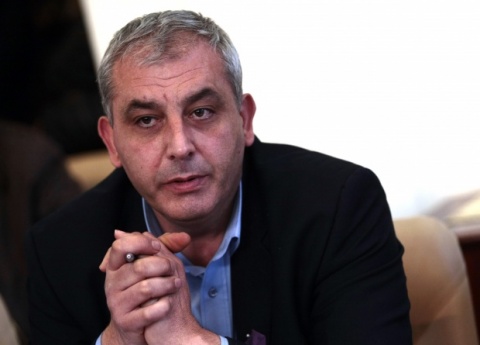 Over 200 people have been laid off in the last few days from BDZ Freight Services, the still state-owned department of the Bulgarian State Railways, a syndicate leader has alarmed.

The layoffs have been executed contrary to the promises of Bulgarian Transport Minister Ivaylo Moskovski, Petar Bunev, head of the railway syndicate at the Confederation of Independent Bulgarian Syndicates, told BNR Tuesday.

Bunev has further complained that the BDZ Freight Services workers will be stripped of their free travel rights as of July 1, 2012, even though they had been promised free travel by the end of the year.

Earlier on Tuesday, Bulgaria's Privatization and Post-Privatization Control Agency (PPCA) has confirmed investor interest in the upcoming sale of the Freight Services unit of the Bulgarian State Railways (BDZ) company.

The privatization watchdog, however, did not specify the number of companies that had already purchased tender documents and refused to comment on the allegations of the participation of Russian state railways (OAO RZhD) in the deal.

On Monday, Transport Minister Ivaylo Moskovski remained evasive about claims that the key player in the privatization of the cargo unit of BDZ, the only even remotely profitable section of the vastly indebted BDZ, would be a Russian investor.

He added, however, that, offers from China and Turkey would arrive "by all accounts."

Moskovski assured that he had repeatedly received signals "at a political level" to expect investors from China, Russia and Turkey.

On June 12, the PPCA announced a public tender for selling100% of the capital of BDZ Freight Services.

The privatization of the cargo unit of BDZ has been a highly controversial matter for the past few years.

The aims of the privatization motion as recorded in the official paperwork are to preserve the business activity of BDZ Freight Services, to help modernize the railway sector in Bulgaria, and to generate fresh funding for the Bulgarian railways.

The future buyer is expected to make a commitment to the employees of the company "to guarantee social peace", according to the PPCA.

Both strategic and financial investors are eligible to apply for the purchase of 100% of the capital of BDZ Freight Services.

Strategic bidders are expected to have at least 10 years of experience with railway freight services, to possess the respective certification, to boast revenues of at least EUR 400 M per year, and to have undergone financial audits.

Financial bidders are expected to own shares worth at least EUR 1 B, to have own capital of at least EUR 20 M in the past year, and to have undergone financial audits for the past three years.

All bidders are required to be eligible for access to classified information; the required deposit to participate in the tender is EUR 20 M.