Breivik Trial Over, Verdict Due on August 24 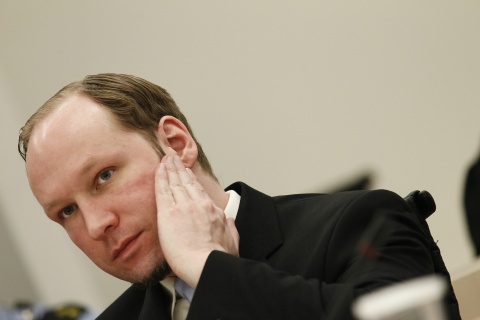 Mass killer Anders Behring Breivik looks across the courtroom as his defence team begins the last session of his 10 week long trial, in Oslo 22 June 2012. EPA/BGNES

The trial of mass murderer Anders Behring Breivik ended in Norway with a walkout by families of victims in protest at his attempts to justify the massacre.

As he took the stand to explain why he killed 77 people last July, some 30 people filed out of the courtroom, BBC reports.

The victims' support group involved in the boycott has explained that it was aimed at Breivik and not the court itself.

"With that silent demonstration, we show our detest for what he has done and what he stands for, support group member Trond Henry Blattmann has told Dagbladet.

"Only one word can describe what it is to sit in the same room with the man who has murdered your own child: Hell," he has added.

Expectedly, Brevik asked to be considered sane. He said he wanted to be acquitted, claiming he "acted to stop a Muslim invasion."

Judges will deliver their verdict on 24 August. The prosecution is asking for Breivik to be deemed insane.

Breivik's lawyer, Geir Lippestad, said his client had been driven by "extreme politics".