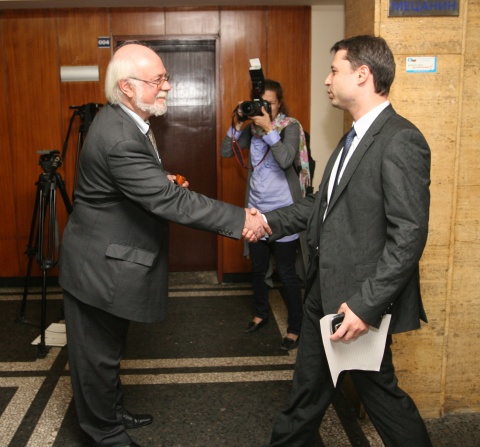 Bulgaria has lost some EUR 20 B as a result of the brain drain in the past 20 years, according to the participants in a conference on migrant labor treatment in Sofia Friday.

"Entire sectors of the Bulgarian economy suffer from a severe deficit of skilled laborers. In the past years, there is a trend for highly-qualified, not low-qualified laborers, to leave Bulgaria," stated Lalko Dulevski, chair of the Economic and Social Council, a platform uniting government institutions and NGOs, as cited by BTA.

President of the Podkrepa ("Support") Labor Confederation Konstantin Trenchev was more precise, and provided an estimate that brain drain cost Bulgaria BGN 40 B (appr. EUR 20 B) in the past 20 years.

He cited the German Language High School in Sofia as an example, noting that 90% of its graduates seek professional development abroad.

Trenchev did stress also that most of the Bulgarian economic migrants abroad are not aware of their labor rights, and are ready to suffer abuses in order to raise their living standard. He recommended that they seek advice from local syndicates and trade unions, which would help protect them.

"Entire sectors of the Bulgarian economy see a shortage of labor regardless of the fact that Bulgaria's unemployment rate is higher than the EU average. For example, in 2011, Bulgaria had only nine new pediatriacians and no anesthesiologist," the syndicate leader warned.

Dimitar Brankov, Deputy Chair of the Bulgarian Industrial Association, noted that Bulgaria's population declined by 1.5 million in the past 20 years as a result of emigration.

According to BIA, Bulgaria's actual unemployment rate if 18-19% (government data puts it at about 12%), with youth unemployment reaching 50%.

Participants in the conference claimed that Bulgarian managers are already appointing IT specialists and engineers from Russia, India, Iran, and South Africa as a result of the shortage.