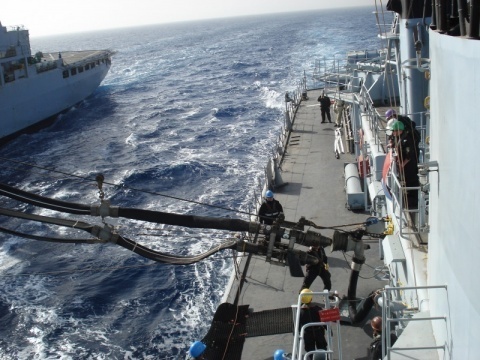 The Drazki frigate of the Bulgarian Navy. File photo

The Bulgarian Navy will host the Breeze 2012 naval drills in the Western Black Sea, the Defense Ministry announced Thursday.

The Breeze 2012 training will take place June 22-July 1, 2012, with the southern Bulgarian Black Sea port of Burgas serving as a base.

The goal of Breeze 2012 will be to improve the interoperability of multinational naval forces of NATO nations.

It will feature participation by the Bulgarian Navy, the Turkish Navy, the Greek Navy, a US patrol air plane, and three ships from the Second Permanent Naval Group of NATO.

During the Breeze 2012 drills, the Bulgarian frigate Drazki ("Bold") will have its NATO MAREVAL certification affirmed, the Defense Ministry said.