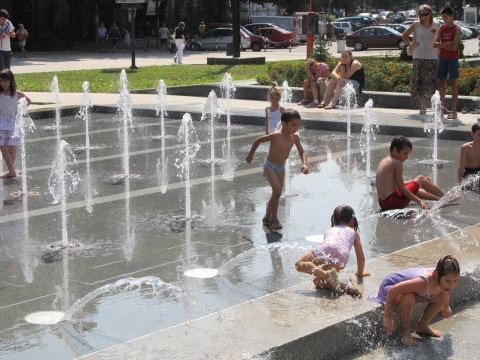 Most of Northern Bulgaria is seeing growing summer heat. Photo by BGNES

The southwestern town of Sandanski was the warmest location in Bulgaria on Wednesday – 36.8 degrees Celsius, surpassing the previous highest temperature for the same day that was recorded there in 1942 – 36.7 degrees.

Mount Murgash in Central Bulgaria also had a temperature record – 21 degrees Celsius up from the 20.8 degrees recorded in 1997.

Lom on the Danube saw the mercury reach 35.8 degrees, up from 33.7 degrees on the same day in 1948. Another Danube town Oryahovo now boasts a record temperature of 33.8 degrees, breaking the previous record of 33.2 (set in 1993). Svishtov's air temperature rose to 34.7 degrees Celsius.