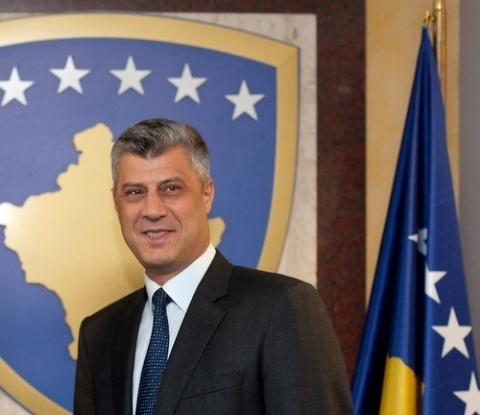 An exclusive interview of Novinite.com (Sofia News Agency) and Novinite.bg with the Prime Minister of the Republic of Kosovo Hashim Thaci. Thaci was on a state visit in Bulgaria on June 18-19, 2012.

The relations between Kosovo and Bulgaria are excellent. Bulgaria is one of the first states to recognize the independence of Kosovo, and we are thankful to both the Bulgarian state and the Bulgarian people. Today, we have perfect political relations. Kosovo continues to develop at an accelerated pace, and has already been recognized by 91 states.

I was invited here by the Prime Minister of Bulgaria Boyko Borisov so that we could deepen the relations between our nations in all spheres, and on all levels. Kosovo is advancing along its European way of development, and it will be a member of the big European family – not unlike Bulgaria.

Is the real question "if" or "when" Serbia will recognize Kosovo?

Serbia will recognize the independence of Kosovo, and that is not just the only way, but also the right way. By delaying its recognition of Kosovo's independence, Serbia is actually doing harm to itself, and is also harming the peace and security of the region.

I work very hard for good neighborly relations between Kosovo and Serbia. The more Serbia delays its recognition of Kosovo, the more damage it does to itself.

Many see a problem of "Greater Albania" in the Balkans – with the Albanians as one nation living in many states. What is the solution to this problem from your point of view?

It hasn't been the Albanians' choice to live in several different states. On the one hand, this fate stems from history but on the other hand it is connected with the future.

What is the solution to the ethnic problems in Macedonia? Do you see a future for Macedonia?

As I already mentioned, I see the future of Macedonia, too, in NATO and the EU. I have met with Macedonian Prime Minister Nikola Gruevski as well as with the ethnic Albanian leaders in Macedonia, and I see a desire for cooperation – a desire to create a Macedonia where everybody has equal rights regardless of whether they are Albanians or Macedonians.

The only solution for Macedonia, and the right one, is the application of the Ohrid Accord. The states of Kosovo and Macedonia have excellent relations, and work to develop it further on all levels. We espouse the same values – the EU values.

The Kosovo Liberation Army was the people of Kosovo. And we waged the war rightfully, respecting the European principles. We've earned the respect and support of Europe.

Our goals were liberation, a free country, and European integration. It is only natural that along our way towards freedom we encountered not only friends, but also enemies. That is why these accusations are wrong.

When do you expect to see Kosovo in the EU?

We are the youngest Europeans, to put it that way, and we work very hard to be part of the EU and NATO as soon as possible.

I see Kosovo joining the EU at the same time as other countries in the region of the Western Balkans.