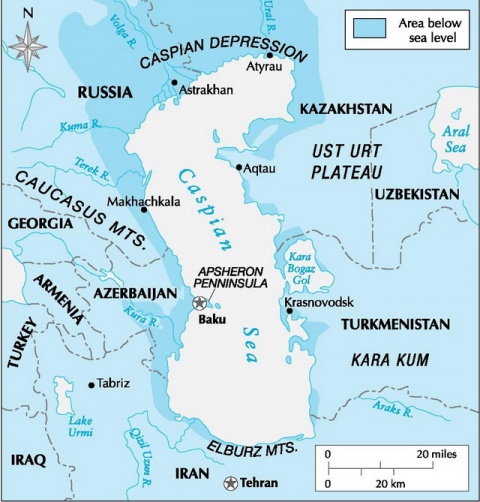 The huge disputed field in question, known as Serdar in Turkmenistan and Kapaz in Azerbaijan, contains an estimated 80 million tons of oil and 32 billion cubic meters of gas.

Turkmenistan's Ambassador to Azerbaijan, Toyly Komekov, was on Monday summoned to the Azeri Foreign Ministry.

Azeri Deputy Foreign Minister, Halaf Halafov, is reported to have the Ambassador that the 2008 bilateral presidential accords committed both Azerbaijan and Turkmenistan to refraining from any exploration or extraction activities at the intersection of the Azeri and Turkmen sectors of the sea, until differences regarding the sea floor were resolved.

RIA Novosti reminds that the rich field was discovered in 1959 by Azerbaijani geologists and geophysicists. In 1983 the area was prepared for deep exploratory drilling by Azerbaijani oil workers, which took place in 1986.

After the Soviet Union collapsed in 1991, the newly independent states around the Caspian Sea failed to agree on their maritime boundaries.

Baku has insisted on dividing the sea along a median line from the shore, giving it the lion's share of oil reserves, while Turkmenistan wants the division to take into account where the oilfields lie relative to the shore.