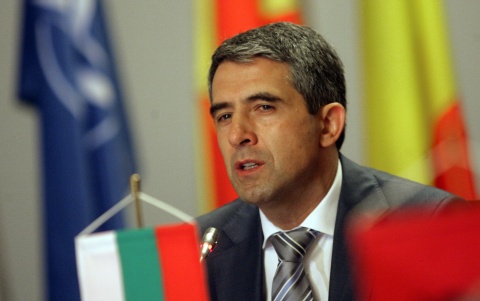 Bulgarian President Rosen Plevneliev has voiced optimism that the veto will allow the opposing sides to come to an agreement. Photo by BGNES

Bulgarian President Rosen Plevneliev has argued that the veto he imposed on a set of controversial amendments to the Forestry Act will allow environmentalists and proponents of investments in winter tourism to gather in Parliament and come across a solution instead of staging roadblocks.

In a Monday interview, Plevneliev expressed confidence that the opposing sides would do their best to find a mutually beneficial decision in the coming weeks.

Meanwhile, a meeting between Prime Minister Boyko Borisov and representatives of environmental organizations failed to yield an agreement on the most contested provision facilitating the construction of ski runs and lifts without a change of land use.

Bulgaria's President reiterated his support for regional development, adding that the chances to boost ski tourism in the country must not go to waste.

He argued that Bulgaria could benefit from its environment in an eco-friendly manner like Austria and Switzerland.

To illustrate his point, he said that Razlog and Bansko had been plagued by wide-scale illegal forest felling prior to the construction of the ski runs.

"When Bansko got ski runs, the encroachments upon nature decreased dramatically. The people were given the opportunity to work at ski facilities and hotels, rather than engage in illegal forest felling," Bulgaria's head of state told journalists.

The same arguments were brought up by Deputy Prime Minister and Interior Minister Tsvetan Tsvetanov earlier on Monday.

Plevneliev claimed that Bansko and Razlog were cases that proved that people could enjoy economic opportunities in the regions, adding that the perspectives had to be enshrined in high-quality legislation.

Plevneliev stressed that he supported the government's attempts to introduce clear-cut rules through the Forestry Act and to allow regions to use their tourism potential, but noted that the legal changes had been introduced in obscurity, which had  escalated social tensions.

"I am convinced that the next weeks will bring a decision that is mutually beneficial for Bulgarian regions and for environmental organizations," Bulgaria's President concluded.

On Saturday, President Plevneliev vetoed the controversial set of amendments to the Forestry Act, following three days of large-scale protests in Sofia.

The citizens who came out in the streets since Wednesday, when the changes to the Forestry Act were adopted by Parliament, claim that the legislation was passed to favor explicitly the ruthless development of protected areas by the likes of Tseko Minev, who has significant holdings in Bulgaria's ski business.

Meanwhile, residents of mountain municipalities staged two counter-rallies, urging the Prime Minister to not succumb to the pressure of "the green mafia" and block investments in the regions.

The protests were allegedly initiated by the"Nature for People and Regions" coalition funded by notorious businessman Tseko Minev.