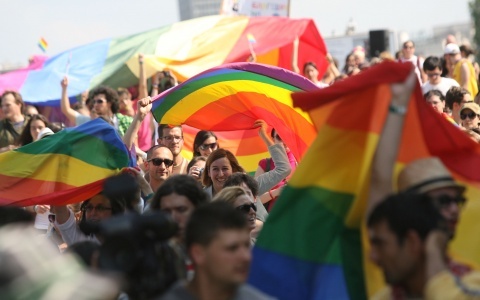 The organizers of Bulgaria's Sofia Pride gay parade have once again demanded that the Bulgarian Orthodox Church distance itself from the recent calls for violence against the parade.

On June 5, Father Evgeniy Yanakiev from the Sliven eparchy made an outrageous statement regarding the upcoming parade, saying that "stones should be thrown" at its participants.

As a result, the Sofia Pride initiative committee came up with an official statement insisting on the Holy Synod's firm and public demarcation from any calls to violence against the parade on behalf of its representatives.

However, instead of condemning any calls for violence, the Holy Synod said in a statement that "homosexuality is an unnatural passion that undoubtedly harms the personality, the family and the society."

The Bulgarian Orthodox Church declared that it strictly opposed the event, which it considered to be "immoral."

The Bulgarian Orthodox Church further called upon parents and teachers to prevent children from participating in the parade – or even witnessing it, claiming it would be a "harmful demonstration that violates the rights of Orthodox Christians."

June 30 will see the fifth edition of Sofia Pride, a march for equal rights of persons of different sexual orientation or gender identity.

Sofia Pride has so far been backed by the embassies of the USA, Netherlands, Belgium, UK, Germany, Slovenia, Finland, Norway, Austria, France and Switzerland and a number of non-governmental organizations.

Bulgaria's senior clergy was rattled by a scandal in January, as it turned out that most of its members are former Communist State Security spies.