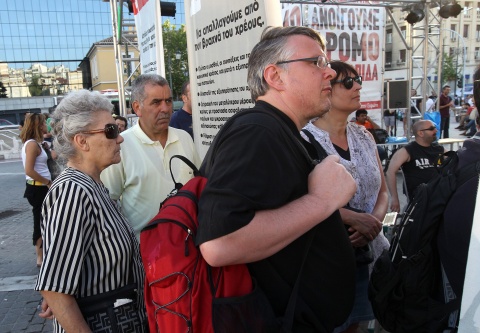 The far-left Greek parties and the far-right, neo-fascist Golden Dawn have scored substantial success in Greece's crucial June 17, 2012, elections, improving their results from the May 6 vote, exit polls show.

The far-left coalition SYRIZA, which is battling for the first spot with the mainstream conservative New Democracy party, has reached 27-30% of the vote, up about 10% from its performance in the general election in Greece on May 6.

The Greek Communists are retaining their strong positions with about 5-6% of the votes, about the same percentage as what they go on the elections 1.5 months ago.

The Greek neo-fascist Golden Dawn party is reelected to the Greek Parliament on Sunday, June 17, with about 6-7.5% of the votes, which is similar to the result it got on May 6.

The major similarity between the far-left and the far-right formations in Greece is the fact that they reject the bailout agreements that the indebted Greek state has made with international partners.