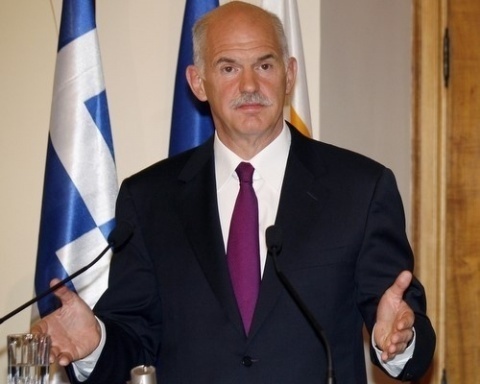 George Papandreou said Greece was not the problem, but simply a "precedent" concerning the deeper underlying problems that Europe and particularly the euro zone is facing. Photo by EPA/BGNES

The expulsion of Greece from the single currency zone will have catastrophic consequences, former Greek Prime Minister George Papandreou has told the BBC.

Speaking as Greek voters headed to the polls for the second time on Sunday, George Papandreou said Greece was not the problem, but simply a "precedent" concerning the deeper underlying problems that Europe and particularly the euro zone is facing.

"The euro is keeping us stable. Leaving would mean a bank run, higher inflation, deep wage cuts and a fall in GDP of more than 20% - it would be a major catastrophe," he said.

"If Greece was the problem, you could simply kick out Greece", said Papandreou, whose government negotiated the terms of the first Greek bailout by the EU and International Monetary Fund.

According to George Papandreou the underlying problem which needed to be addressed was the architecture of the euro. There was a single currency, but "no unified banking system, no common fiscal policy, and different labour laws and pension systems".

He called for common debt to be issued by euro zone members - so-called eurobonds - and for a financial transaction tax to raise revenues.

"Europe is not making the bold moves. The structures in Europe need to be more integrated and made stronger," he said.

Papandreou warned those who voted for the left-wing Syriza party, one of the frontrunners in Sunday's election, that they "could not have their cake and eat it".

Radical leftist Alexis Tsipras, who hopes to emerge as prime minister, has suggested Europe could not push Greece around any more.

"Today we open the path towards a better tomorrow, with our people united, dignified and proud. To a Greece where there's social justice and progress -- an equal member of a Europe that's changing," the leader of the Syriza party said after casting his ballot on Sunday.

Syriza was neck-and-neck with New Democracy in the last official polls two weeks ago. No new polls are allowed 14 days before the vote.

The election could decide the fate of the euro, a currency used by 325 million people across 17 countries in Europe.

Tsipras has vowed to tear up the conditions attached to massive international loans that are keeping Greece from defaulting on its debts.