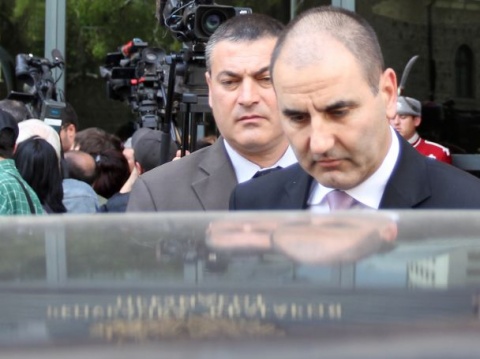 The discontent of environmentalists has been used to serve political and extremist interests and to an extent even organized crime, says Bulgarian Interior Minister, Tsvetan Tsvetanov.

The Deputy Prime Minister spoke during his Saturday visit to the Black Sea town of Tsarevo.

Tsvetanov explained that the man who was arrested for attacking a TV cameraman in Sofia Friday evening has a criminal record.

The attack happened during the protest rally against the controversial amendments of the Forestry Act.

The rallies are being held in Sofia every evening since Wednesday, the day when the Parliament passed the amendments.

"There were provocateurs at the rallies. The same things happen everywhere. Even at Euro 2012 - some people go not to enjoy high quality football, but to stir trouble," said the Minister.

He noted that in similar situations the police are trying to be flexible and cautious, stressing the protests have been illegal and included violations of public order such as road blockades.

"Police have done everything possible to push people away from traffic lanes, not to hit them," Tsvetanov explained and appealed to organizers of such rallies to not instigate violence.

"We must give example to our children about democracy. The protest is a civil form of expressing an opinion, but it must not lead to attacks on policemen and journalists and inflict on the rights and freedoms of all others such as the right to move freely through the capital's roads and intersections. And Eagles Bridge is one of the busiest junctions in the city," the Deputy PM stated.

The demonstrators have been gathering in the area of Orlov Most (Eagles Bridge) every evening since the passing of the amendments. Another rally is planned for Saturday at 7:30 pm.

Tsvetanov further accused the participants of destroying parks and garden space during the protests, saying this was "inadmissible for people claiming to be nature lovers."