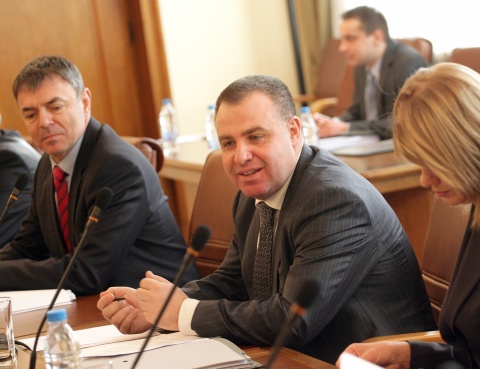 Bulgarian Agriculture Minister, Miroslav Naydenov, has reiterated his firm conviction that the controversial Forestry Act, passed by the Parliament earlier during the week, is beneficial for the country and its citizens.

Speaking at an emergency briefing Saturday, in the aftermath of headlines that President, Rosen Plevneliev, has vetoed the entire text of the Act, Naydenov stated that the cabinet was punished for their attempt to do a good deed for the prosperity of local municipalities.

He firmly denied accusations that the law is one of the most lobbyists in the entire history of the country and declared the government would not ever again deal with it.

"I had a long meeting with Prime Minister, Boyko Borisov. Our motives were clear. With these amendments we wanted to give opportunities to small municipalities to provide jobs, and to the young generation – the opportunity to have accessible and modern winter sports facilities and equipment. We were misunderstood by part of the public. Others, however, have inquired what would the government do to encourage investments," Naydenov declared.

The Minister noted the Members of the Parliament will now decide on the next step in the right direction. He accused "certain political forces" of attempting as "hyenas to jump on the protest," voicing hope the demonstrators would not allow to be manipulated.

Naydenov stressed that when the said politicians were in power they failed to protect Bulgaria's nature.

"I am surprised by the passive reaction of local mayors in municipalities anticipating this Act. There have been mass protest rallies in Sofia for days now and no reaction. Let MPs do whatever they wish with this legislation," he said.

Meanwhile, journalists who have joined the Occupy Eagles Bridge group on Facebook are warning that they have off-the-record information the Minister is pressuring the Association of Bulgarian Municipalities to stage counter-protests and road blockades in backing the Forestry Act as passed.

Earlier Saturday, the right-wing Democrats for Strong Bulgaria party, DSB, demanded Naydenov's resignation on grounds he is the main culprit for the passing of the law, serving lobbyist interests.