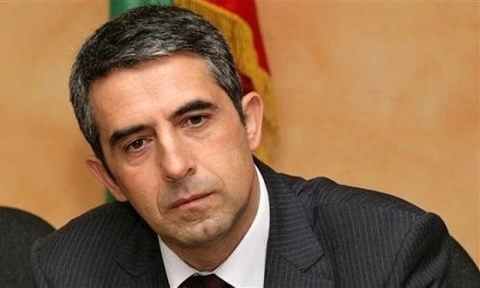 Bulgarian President Rosen Plevneliev imposed a veto on all amendments to the Forestry Act, just one day after his very first one during his term in office since the beginning of 2012. Photo by BGNES

Bulgarian President, Rosen Plevneliev, imposed Saturday a veto on the entire text of the controversial Forestry Act, passed by the Parliament earlier during the week.

The news was announced by his press office, while the motives are now published on the President's official internet site.

In the motives, the President focuses on the need to find the right balance between protecting nature in full all while finding opportunities to boast ski tourism and winter resorts.

He notes that the reaction of Bulgarian citizens, who have staged repeated and large scale protest rallies, shows the lack of consensus about the rules for the use, management, and ownership rights on farming lands and forests.

Plevneliev stresses that the said reaction is well-grounded since there was no dialogue in the attempt to pass the law, but rather evidence of imposing single-handed decisions.

In his motives, Plevneliev writes the following:

"The Constitution is giving me the right to return the law for new debates, and I am using this right to challenge the Act in principle. I believe that the amendments must be examined in full and this veto will offer an opportunity to reach consensus on matters crucial for the nation. I hope the new debates will be held as an active dialogue between the State, the local administrations, the civil society and the business. This is in the foundation of finding a consensus that winter sports and regions must be advanced, but at the same time the environment must be preserved. The Forestry Act as passed does not provide guarantees that the best balance has been achieved." (End Quote)

The controversial amendments, giving a green light to construction of ski tracks and lifts without changing the status of use of the land, triggered large-scale protests, shaking the capital Sofia since Wednesday evening.

This the second veto of the President in the last two days, after the one he issued on texts of the Judiciary Act.