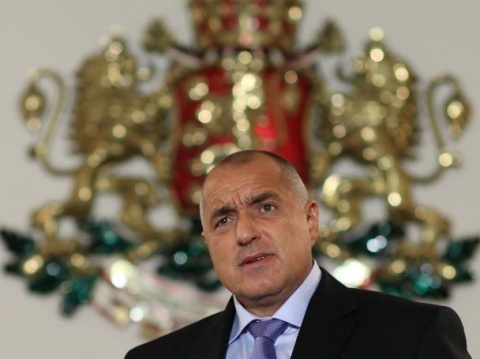 Bulgaria's PM Boyko Borisov has warned environmentalists during a meeting that protests against the new controversial Bulgarian Forestry Act might be "bloodied."

This has become apparent from the minutes of the chaotic two-hour discussion Friday, which has been published at the website of the Bulgarian Council of Ministers.

The talks begin with Borisov being in a manifestly nervous condition, and recalls all times at which he has allegedly single-handedly stopped regulations contrary to public interest, such as ACTA, the possibility to drill for shale gas and to grow genetically modified organsms.

Near the end of the consultations featuring representatives of the government and various stakeholders, the Bulgarian PM committed to delaing the promulgation of the new law in manifest breach of Bulgaria's Constitution.

What is more, he did not fail to point out to the activists that protests against the Act, now growing for a fourth day Saturday, can be marred by outside elements, citing his own knowledge about the habits of football hooligans.

Here we publish a literal English translation of Bulgaria's PM Boyko Borisov in that respect, as it apperas in the minutes of the meeting:

"At some point, I want to warn you, that those people will beat you. Bear this in mind; that is why I am now talking to you with good intentions, benevolently.

You have the best intentions, as you can see you have my and my colleague's full understanding and we have no hind or evil thougs, we are looking for a decision how exactly we want to formulate those issues.

But they will invite people who are going to bloody your protest, and we won't be able to talk any more, because neither we nor you are going to be legitimate any more, chaos will erupt. That's their goal. The road to hell is paved with good intentions. None of your proposals in contrary to our thoughts, you can see the exact opposite.

Stop them; at some moment in time you won't know any longer people in the protest. Their heads won't be thinking about forests and skis. I really want to tell you that, I've been dealing a lot with football hooligans will being Chief Secretary of the Ministry of Interior.

If anyone of you tells them, "Hey people, that's not why we're here!", he's gonna get beaten. You first."