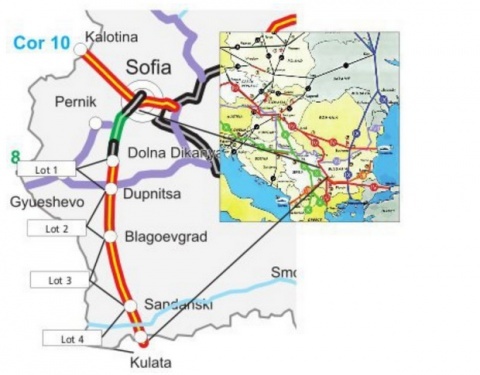 A wide cobblestone road, dated around the 7th century BC, has been discovered by archeologists under the path of the Struma Highway in southwestern Bulgaria, currently under construction.

The news was reported by the Bulgarian Standard daily, citing the researchers joking that the country had a highway in the area since ancient times.

240 meters of the old road have been cleaned so far. A huge ancient necropolis, with 10 urns with clay covers, has also been found.

Contrary to traditional necropolises, the graves here are not dug in stones, but in sand and charcoal, the scientists say. Most are glued together to form a large ancient cobblestone road.

Archeologists have a deadline to finish excavations so that construction on the Struma highway can go on and are said to have been working round-the-clock.

The southwestern Bulgarian highway Struma will run from the capital Sofia to the Greek border.