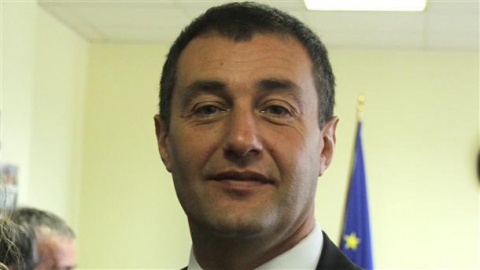 Bulgaria's Sports Minister Svilen Neykov has stated that star player Matey Kaziyski may not boycott the upcoming Olympic tournament, adding that Martin Stoev is not be appointed as coach.

Several days ago, Kaziyski declared that he would not play for Bulgaria if Volleyball Federation head Dancho Lazarov does not resign.

On Thursday, the federation announced that Martin Stoev will take over as the team's new coach. However, it later stated that no such decision has been made.

The national team's former coach Radostin Stoychev resigned on Monday, as he had declared that he would not lead the team in the Olympic games if Lazarov does not quit.

The popular and successful coach harshly criticized the federation for its inefficient management, the scandals that have marred all championships, the inflated number of board members, the existence of fictitious clubs.