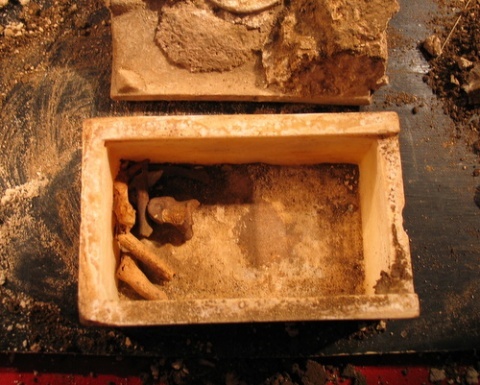 Scientists do not exclude the possibility that remains found in an ancient reliquary in a 5th century monastery on Sveti Ivan Island in Bulgaria may belong to St John the Baptist.

On Thursday, a team of Oxford University archaeologists announced they have provided scientific evidence to support the extraordinary claim.

The findings are to be presented in a documentary to be aired on The National Geographic channel in Britain on Sunday, The Telegraph informs.

The research team dated the right-handed knuckle bone to the first century AD, when John is believed to have lived until his beheading ordered by king Herod.

Scientists from the University of Copenhagen analysed the DNA of the bones, finding they came from a single individual, probably a man, from a family in the modern-day Middle East, where John would have lived.

The findings do not prove anything, but they also do not refute the theory initially presented by Bulgarian archaeologists that the remains in question may indeed belong to St John the Baptist.

The remains were uncovered on July 28, 2010, during excavations of the floor of the medieval monastery on Saint Ivan island, near Bulgaria's historical, coastal town of Sozopol. They were placed in a sealed reliquary buried next to a tiny urn inscribed with St. John's name and his birth date.

The Bulgarian government decided to benefit from the discovery to boost tourism, going as far as to say that Sozopol will help deal with the economic crisis by becoming the new Jerusalem on the Balkans, attracting believers from all over the world.