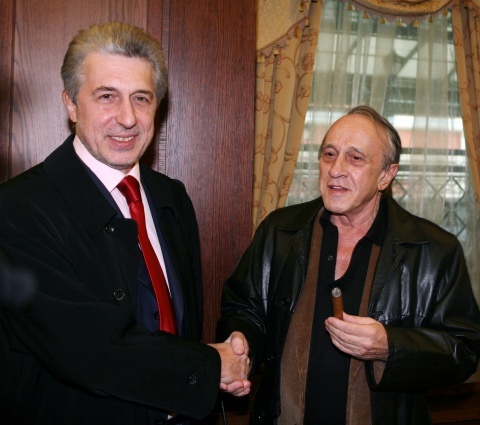 Bulgaria's prosecutors office will probe a scandalous tape recording, implicating publisher of Trud and 24 Hours dailies and chairman of the Union of Publishers in Bulgaria Lyubomir Pavlov, in trading in influence.

"Apparently the wiretapped recording is a private initiative as no special surveillance devices have been used," senior prosecutor Boris Velchev told reporters on Thursday.

The scandalous tape recording, implicating publisher of Trud and 24 Hours dailies and chairman of the Union of Publishers in Bulgaria Lyubomir Pavlov, in trading in influence, was published last week in Presa, a newspaper from the arch enemy group.

Days after the recording emerged, Pavlov and his partner Ognyan Donev were charged with document frauds and money laundering.