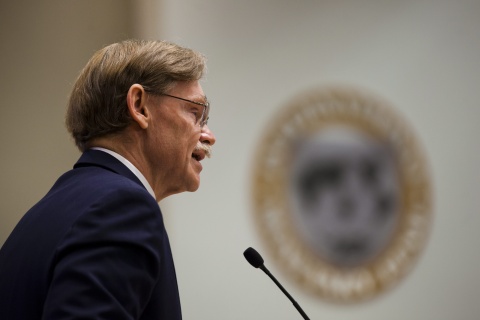 The World Bank has revised sharply downwards forecasts for Bulgaria's economy, estimating it is to expand just 0.6% this year.

Developing nations should brace themselves for weak growth and "tougher times", the World Bank warned.

It said that there may be "a long period of volatility in the global economy" as the eurozone debt crisis escalates.

It urged policymakers to take adequate long-term measures to ensure that they can sustain growth.

"Developing countries should focus on productivity-enhancing reforms and infrastructure investment instead of reacting to day-to-day changes in the international environment," said Hans Timmer, director of development prospects at the World Bank.

The World Bank warning comes amid heightened fears about the euro zone debt crisis spreading to the region's bigger economies such as Spain and Italy.

"The problems are serious and developing countries should reckon with a long period of low growth in Europe," the World Bank said.

At the beginning of May the European Commission slashed its forecast for Bulgaria's economy, estimating it is to grow just 0.5% this year.

A month earlier Bulgarian analysts and institutions unanimously cut their growth forecast for 2012 to just below 1.5% instead of the previously forecast 2-3%, citing slumping exports and stagnant domestic demand.

Following the output contraction in late 2011, the EU economy is estimated to be currently in a mild recession. The eurozone economy is forecast to shrink this year as its debt crisis continues to bite.

The European Commission's spring forecast confirmed its prediction of a 0.3% contraction in 2012 in the economies of the 17 countries that use the euro.