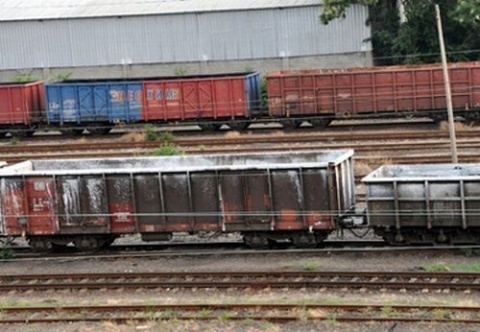 Bulgaria's government has moved to complete the sale of BDZ Freight Services - the only profitable division of state railways BDZ - in 2012. Photo by republika.bg

Bulgaria's Agency for Privatization and Post-Privatization Control has formally declared the cargo department of the Bulgarian State Railways (BDZ) for sale.

The privatization of BDZ Freight Services, the only even remotely profitable section of the vastly indebted BDZ, has been a highly controversial matter for the past few years.

The aims of the privatization motion as recorded in the official paperwork are to preserve the business activity of BDZ Freight Services, to help modernize the railway sector in Bulgaria, and to generate fresh funding for the Bulgarian railways.

The future buyer is expected to make a commitment to the employees of the company "in order to guarantee the social peace", the Privatization Agency states.

Both strategic and financial investors are eligible to apply for the purchase of 100% of the capital of BDZ Freight Services.

Strategic bidders are expected to have at least 10 years of experience with railway freight services, to possess the respective certification, to boast revenues of at least EUR 400 M per year, and to have undergone financial audits.

Financial bidders are expected to own shares worth at least EUR 1 B, to have own capital of at least EUR 20 M in the past year, and to have undergone financial audits for the past three years.

All bidders are required to be eligible for access to classified information; the required deposit to participate in the tender is EUR 20 M.

Upon assessment of the bids, the Bulgarian Privatization Agency will assign 70% of the grade based on the bidders' price offer, while the proposed investment will account for another 30% when looking

Back in April 2012, Privatization Agency head Emil Karanikolov said neither Russian, nor Turkish companies have declared any interest in buying the state-owned BDZ Freight Services, the cargo company of the Bulgarian State Railways.

The Russian Railways, one of the largest companies in the world, wants to buy the Balkan country's Freight Transport together with the Greek rail carrier, the Bulgarian Trud daily had reported, citing unnamed sources from the transport sector.

Unofficial reports also claim that Bulgaria's First Investment Bank, which funded the purchase of the bankrupt steel mill Kremikovtzi near Sofia by metal and scrap trader Nadin through a figurehead firm, and Corporate Commercial Bank owned by Bulgarian oligarch Tsvetan Vasilev are also interested in bidding for BDZ Freight Services. Vasilev's Corporate Commercial Bank could bid for the railway cargo company together with Russian state bank VTB, as the two banks are already bidding together to purchase the third largest Bulgarian mobile phone operator Vivacom.

The head of the Bulgarian Privatization Agency, however, refuted these reports further by saying that only Austrian, Spanish, and Italian companies made investment inquiries over the privatization of BDZ Freight Services.

There were also unofficial inquiries by consultancies and law firms whose real clients are unknown to the Agency.

Bulgaria's State Railways company BDZ has been experiencing chronic financial problems, with debts as of October 2011 amounting to some BGN 771 M.

InfraNews points out that Bulgaria has very little container freight traffic, and that the annual turnover of BDZ Freight Services could be smaller than the daily turnover of RZD, which could reach over USD 100 M.

The assets of BDZ Freight Services are worth some BGN 320 M, as mentioned by Bulgarian Transport Minister Ivaylo Moskovski several months ago. BDZ hopes that its division can be sold for BGN 200 M but critics say BGN 100 M would be a more realistic price. The push to sell BDZ Freight Service has been highly questionable since it remains the only somewhat profitable division of BDZ.