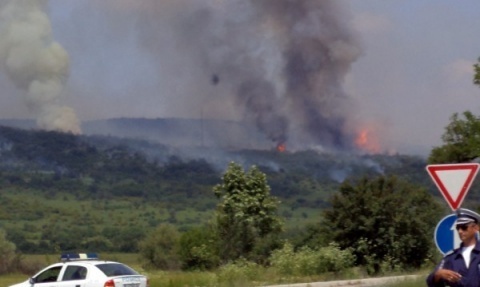 The biological remains in the area of the ammo depots that recently blasted in southern Bulgaria have been identified to belong to one of the workers declared dead in the incident.

On June 5, uncontrolled blasts started at a depot for dismantling old munitions near the city of Sliven.

Three of the workers at the facility went missing after the disaster, and were then declared dead.

Their bodies however have not been recovered and are suspected to have burst and burned in the exlposion.

Tuesday the Yambol regional prosecutor declared that human remains found at the site were confirmed by DNA analysis to belong to one of them.

New human remains have also been found, which will also be analysed.

Special anti-bomb units of the Bulgarian police are still inspecting the facility and the area around it, finding and rendering safe missiles that were projected in the explosion.