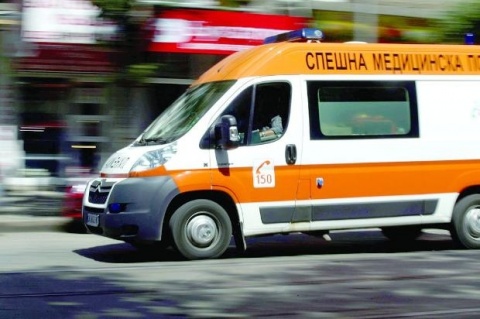 A 26-year-old man has died in Bulgaria's Varna as a result of long-term steroid abuse. Photo by BGNES

A 26-year-old Bulgarian man has passed away in Bulgaria's Varna as a result of the continuous intake of anabolic steroids.

The young man died just hours after he was admitted to the Toxicology Clinic at the hospital of the Bulgarian Navy in the Black Sea city of Varna.

He was diagnosed with steroid intoxication, and it has been confirmed by the doctors that this was the cause of death.

The 26-year-old man, who is known to have been working out regularly, and to have used anabolic steroids in order to enhance his performance, first sought medical aid from his GP when he had difficulty breathing.

Medical tests showed that the steroids he had been taking caused his heart to swell substantially. He was planned to be admitted to hospital for medical treatment but in the meantime he felt very sick, and was admitted immediately to the Naval Hospital in Varna, the head of the Toxicology Clinic, Dr. Snezha Zlateva, told reporters.

The medics found that, in addition to his swollen heart, he had blood clotting in his lungs and legs.

"The young men took steroids both orally and hypodermically," Dr. Zlateva explained, while also reminding that several young sportsmen from around the world have died as a result of steroid intake.

"Parents must be very careful in order to prevent their children from taking such substances. It should also be known that steroids are sometimes found even in food supplements for professional sports players.

In her words, the autopsy has proven irrefutably that the 26-year-old died of steroid intake but the histological tests are yet to show what type of substances he had used.