Bulgarian Men's Volleyball Coach May Quit amid Conflict with Federation 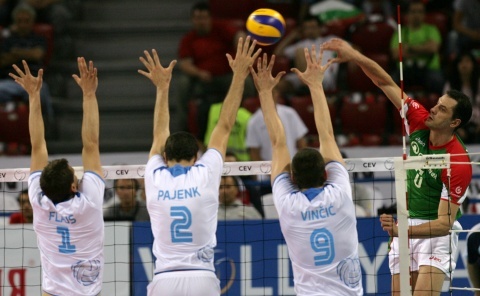 On Monday, Stoychev and key player Matey Kaziyski met with Bulgarian Prime Minister Boyko Borisov. The coach told reporters that he would announce whether he would stay at the team's helm at a press conference later that day.

Stoychev is in a bitter conflict with Bulgarian Volleyball Federation head, Dancho Lazarov. He recently declared that he will not lead the team at the Olympic tournament if Lazarov does not resign.

Bulgarian volleyball fans seem to be overwhelmingly opposing Lazarov, as numerous posters could be spotted during the team's latest games demanding his resignation.

Kaziyski may also skip the Olympic tournament if the volleyball federation head does not quit.