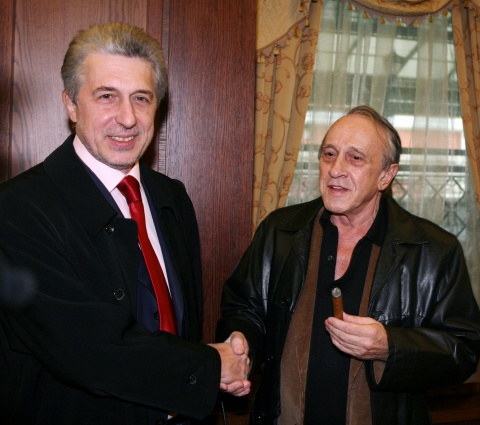 Animosity between the two major media groups in Bulgaria has intensified, resulting in a new wave of frontpage mudslinging publications.

A scandalous taped recording, implicating publisher of Trud and 24 Hours dailies and chairman of the Union of Publishers in Bulgaria Lyubomir Pavlov, in trading in influence, was published on Friday in Presa, a newspaper from the arch enemy group.

Presa newspaper is published by Tosho Toshev, who is also editor-in chief of the newspaper. Tosho Toshev was former editor-in-chief of Trud daily, which is now the strongest weapon in the hands of his enemies - Lyubomir Pavlov and Ognyan Donev.

Meanwhile it emerged that at the beginning of next week the prosecutor's office is expected to raise charges of document frauds and money laundering against Lyubomir Pavlov and his partner Ognyan Donev.

Prosecutors were approached by their former partners Hristo Grozev and Austrian Karl Habsburg.

In April last year Bulgaria's competition watchdog gave the green light to the acquisition of WAZ Mediengruppe assets in Bulgaria by Ognyan Donev and Lyubomir Pavlov even though they were accused of an attempted corporate mini-coup.