Brazil-Jailed Bulgarian Champ: No Proof of My Guilt! 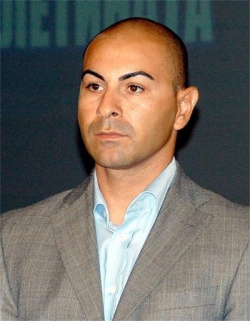 "I am a man, who has been building his reputation for more than 20 years. With hard labor and consistently. I have no reason to spoil everything in this way," reads Boevski's statement, circulated to the media by his wife Krassimira.

According to the former Olympic champion his popularity stands in his way now and prevents the court from seeing the truth.

"I have been living for six months already with people, who have committed several heavy crimes. They are recidivists and this has been proven. At the same time I was sentenced to spend two times more years in jail than they will," Boevski says.

He adds he has always respected and abided the law.

"The purpose of my visit to South America and Brazil in particular, where I stepped for the first time in my life, is clear and supported by facts and documents. I did not come to Brazil to commit crimes!," the declaration reads.

Boevski vehemently denied to have been involved with anyone during his trip to Brazil and accuses the federal court in Sao Paulo of ignoring evidence presented by his defence."

"I hope that at the second-instance court, I will manage to prove my innocence" , the declaration concludes.