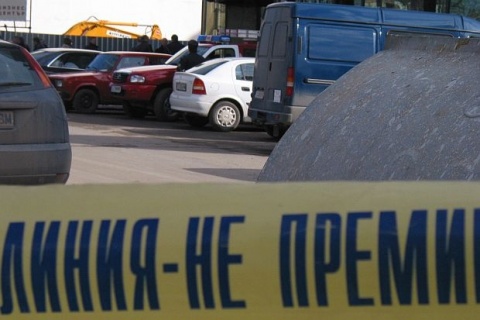 103 stolen unguided operational shells were seized during a special operation of police from the southeastern city of Sliven Thursday. File photo

Two servicemen from the Bulgarian military aviation ground Bezmer have been arrested Friday over the theft of large amount of active shells.

The information was announced by the Chief of the Sliven Military Prosecutor's Office.

103 unguided operational shells were seized during a special operation of police from the southeastern city of Sliven Thursday.

The ammo, known as "air-land" missiles (launched from airplanes and helicopters) was transported in a van. The vehicle was stopped for a check several kilometers from Sliven, on the road to Yambol, in close proximity of the area of the ammo depot that exploded Tuesday. Both the driver and the passenger of the van were servicemen.

According to initial information, the cost of one missile is estimated at BGN 20 000 while the entire load - at BGN 2 M. Such ammo is known to be kept in Bezmer, the only military aviation base in the Sliven and Yambol regions.

10 people have been interrogated, while Sergeant, Zhivko Spasov, in charge of Bezmer's storage facilities, and his direct supervisor, Major, Nikolay Nikolov, have been arrested.

They are both charged with misappropriation in office, and keeping and storing ammo in large amounts without the required permit and face 3 to 15 years in prison on the first count and 3 to 10 years on the second.

They are being kept behind bars for 72 hours before appearing before a judge. The prosecution will ask for their permanent detention.

Meanwhile, the Chief Secretary of the Interior Ministry, Kalin Georgiev, assured in Sliven Friday that the theft was simply a criminal act, not related to international organizations and terrorism.

The military police, prosecution and intelligence are probing the case further and the establishment of organized crime is pending.

On Tuesday, a series of blasts occurred at a private-owned ammo site near the Petolachkata road junction close to Sliven, injuring 9 people, two of them critically, all currently upgraded to stable. Three of the ammunition depot's employees went missing and were officially declared dead Friday by Georgiev.

Authorities deny any connection between the blasted depot and the ammo theft.