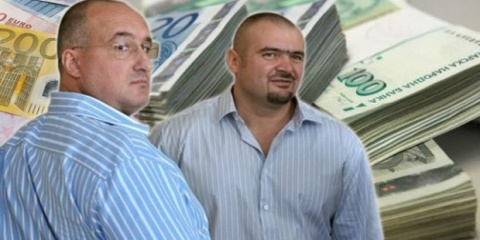 Galevi are accused of leading an organized crime group, established with the purpose of bank transfers of money by the use of forged documents and of large-scale money laundering, the Prosecutor's Office announced Friday.

Two other individuals have been part of the group – Metodi Kovachev and Hristinka Angelova. More people are been sought in connection with the crime.

The investigation is conducted jointly by the anti-mafia Prosecutor's Office, the Interior Ministry, and the National Agency for State Security, DANS, in partnership with the US FBI.

The group acted from the beginning of 2003 till the end of 2010 in Sofia and the southwestern town of Dupnitsa.

It used forged contracts for the purchase and import of various goods.

Huge amounts of money have been transferred from Bulgarian banks to banks in Switzerland, Canada, Latvia, Lithuania, the United Arab Emirates, Great Britain, Cyprus, the Seychelles, and China.

Kovachev has been placed on own recognizance while Angelova is released on a BGN 5 000 bail.

Just two days ago, Interpol issued a Red Notice for the arrest of Hristov and Galev.

The underworld bosses were declared wanted for "organized crime/transnational crime" at the request of the Bulgarian authorities.