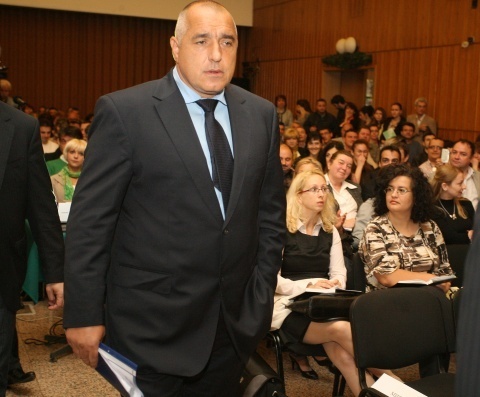 Bulgaria is strictly against the inclusion of a geographical term in the Former Yugoslav Republic of Macedonia's potential new name, Bulgarian Prime Minister Boyko Borisov has declared.

Borisov believes that names like "Northern Macedonia" would be completely unacceptable, since this geographical term would include Bulgarian regions, giving rise to territorial claims.

The Bulgarian Prime Minister told the TV+ private channel that different versions of Macedonia's potential future name have been discussed with Bulgaria, including "Northern Macedonia."

"I said that we would not accept it, since tomorrow they will state that Blagoevgrad is Macedonian," Borisov pointed out, referring to a Southwestern Bulgarian city.

Commenting on Serbia's new President, Tomislav Nikolic, Borisov said he respected Serbia's choice and is ready to cooperate with him, as well as with Boris Tadic, who is expected to become Prime Minister. He reiterated that Bulgaria supports all countries from the Western Balkans in their European integration bids.