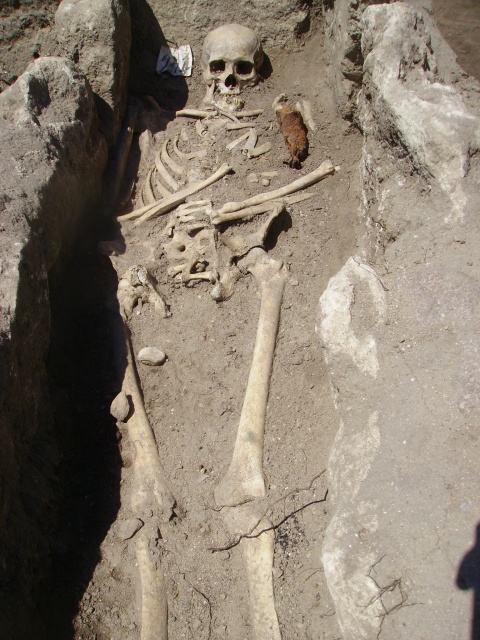 Due to huge interest in Bulgaria and abroad, the vampire skeleton found in the Black Sea town of Sozopol will become part of a special display of the National History Museum, NIM.

The news was announced Thursday by the NIM Director, Bozhidar Dimitrov.

The grave was discovered near the apse of a church, which suggests that he was an aristocrat.

The display will open in ten days when a special glass case will be ready.

Dimitrov commented several days ago that he was baffled by the hype about the discovery and explained it with the mystery surrounding the word vampire. He says that iron sticks in the chests of people believed to be practicing witchcraft were common practice in some Bulgarian settlements all the way to the first decade of the 20th century.

Meanwhile, the Bulgarian Standard daily, which published a series of articles on the discovery, reports Thursday that media in the US, Europe and Asia have all broken the news in the press and in online editions.

The story found its place in two articles of the most-read tabloid in the world – The Daily Mail, in the Washington Post, BBC, Discovery News, AFP, Fox News and a number of Russian and Balkan media.