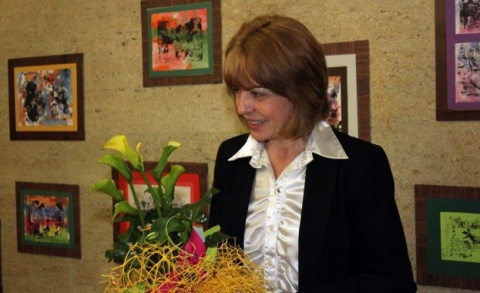 In May, the Mayor of Bulgaria's capital Sofia, Yordanka Fandakova, has been ranked most trusted politician in the country. Photo by BGNES

The Mayor of Bulgaria's capital Sofia, Yordanka Fandakova, has emerged ahead in approval ratings of all politicians in the country, beating Prime Minister, Boyko Borisov, and President, Rosen Plevneliev.

With slightly over 61% Fandakova is the most trusted politician in May 2012, according to a poll conducted by the National Center for Study of Public Opinion (NZIOM).

Those after them are politicians, who are not ministers – former European Commissioner and founder of the Bulgaria for Citizens movement, Meglena Kuneva with 41%, and former President Georgi Parvanov with 40%.

In May, Tsvetanov and Mladenov's ratings improved by 2%, Naydenov's – by 3% and Pavlova's – by 5%. The largest increase is noted, however, for the two newest members of the cabinet – Economy and Energy Minister, Delyan Dobrev, and Health Minister, Desislava Atanasova – by 11% each.

The Chairman of the left-wing Bulgarian Socialist Party, BSP, and of the Party of European Socialists, PES, former PM, Sergey Stanishev, is the most trusted leader of a parliamentary group with 28% approval rating. It went up by 5% after the BSP Congress where he was reelected to head the party.

The leader of the ethnic Turkish party Movement for Rights and Freedoms, DPS, and leader of its parliamentary group, Ahmed Dogan, has a 12% approval, the former leader of the right-wing Union of Democratic Forces, UDF, Martin Dimitrov, who resigned from the post, keeps his 12% rating, while the leader of the other right wing formation, Democrats for Strong Bulgaria, DSB, Ivan Kostov, has gained 2% more trust.

If the general elections were to be held now, the parties to win parliamentary seats would be: the ruling, center-right Citizens for European Development of Bulgaria, GERB (31% of the vote), BSP (18%), DPS (7%) and Bulgaria for Citizens (5.5%).

72% of the polled believe there will not be snap elections and GERB will finish their term.

The police are the institution with the highest approval rating with 49%, gaining 3% since April, followed by the government – 36% and the Parliament – 25%.

The approval of the Courts and Prosecutor's Office is up 5%, but Bulgarians remain highly critical to both. The improvement is attributed to more information on emblematic cases made public.