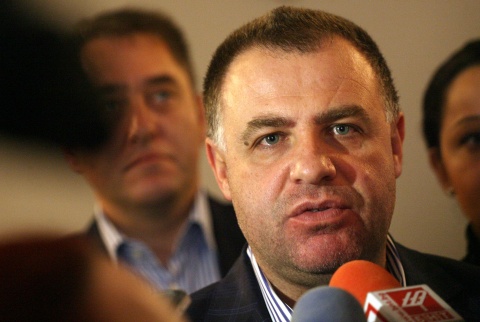 Bulgarian Agriculture Minister Miroslav Naydenov has assured that the 2012 wheat harvest will be enough to cover domestic needs and for exports. Photo by BGNES

Bulgarian Agriculture Minister Miroslav Naydenov has said that he expects a wheat harvest of around 3.8-3.9 million tons.

Speaking Tuesday in the southern town of Sadovo, he assured that the Bulgarian market would not experience difficulties because a total of 1.5 million tons of wheat would suffice to cover domestic needs.

Naydenov informed that there would remain available export volumes.

Bulgaria's Agriculture Minister suggested that wheat and bread prices were not expected to increase.

He said that the scheme constituted state aid to compensate farmers for the high fuel prices.

The Agriculture Minister noted that the agricultural workers would soon be able to start filing applications.

He added that sheep breeders would also be able to apply for financial assistance to compensate them for the high fuel prices from June 18 on.

Naydenov made clear that the sum allocated to sheep breeders was BGN 5 M.