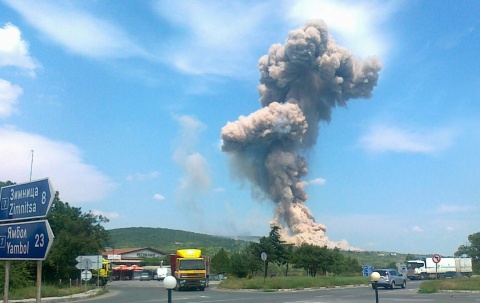 A photo by BNR shows the explosion at a privately-owned ammunition depot near the Petolachkata road junction close to Sliven in Southeastern Bulgaria that occurred Tuesday afternoon.

A total of seven workers have been injured as blasts took place in a private Bulgarian ammunition depot on Tuesday.

The ammunition depot is located near the Southeastern Bulgarian village of Lozenets and the town of Straldzha.

Police vehicles, ambulances and fire trucks have already arrived at the place.