84% of Bulgarians Care about Environment - Poll 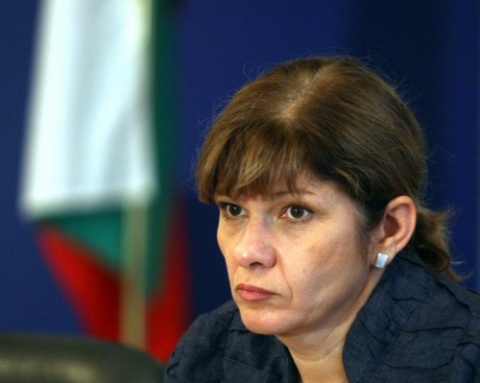 Bulgaria's Minister of Environment and Waters, Nona Karadzhova, believes Bulgaria has a solid advantage among other countries, especially those with strong economies, for having a preserved natural environment. Photo by BGNES

A large majority of Bulgarians, 84%, are interested in the subject of natural environment, according to a recent poll of the MBMD agency.

The poll titled "The Eco Culture of Bulgarians," further reveals that 46% of the respondents see ecology as preserving the environment and 44% as clean nature. People in focus groups think on three levels – daily - meaning not polluting and saving energy, national – preventing pollution of nature, and ideological – as harmony between humans and nature.

Bulgaria's Minister of Environment and Waters, Nona Karadzhova, who attended the presentation, stated that Bulgaria has a solid advantage among other countries, especially those with strong economies, for having a preserved natural environment.

The MBMD Head, Mira Radeva, explained the increased interest of Bulgarians towards the environment with the strong presence of the topic in the media and the fact that it is trendy to think ecologically.

35% of the respondents assess the state of environment as very good; 65% - as bad or rather bad. 65% see polluted air as the most serious ecological problem in the country; 54% - unregulated dumpsites, and 45% - urban waste.

Regarding local municipalities, 44% are alarmed the most by polluted air; 40% - by poor quality of drinking water, and 29% - by the lack of street waste removal.

When asked about the top polluters of the environment, 46% respond that people are the culprit, 32% list vehicles and 19% - the industry.

80% of Bulgarians don't recycle, explaining it with the lack of organization on the part of municipalities and waste collecting companies. 50% voice readiness to recycle if given the option, while 76% point out they are trying to not pollute and dispose their waste only at designated places.

67% reply they never leave trash behind them after a walk or hike and 54% note that they teach their children to preserve the environment.

When asked who is responsible for heaving a clean and orderly environment, 81% list at the number one spot people themselves, 38% - municipal services, while the Ministry of Environment and Waters comes third.

43% support steep fines for violators while 27% believe the sanction must be in the form of community service.

According to Radeva, the poll shows that actions to preserve the environment are not yet part of the daily routine of Bulgarians; the eco culture is at a low and mostly individual level, with lack of common measures and joint initiatives.

She voiced the opinion that eco education must be stepped up at schools and reach adults through advertisement and campaigns.