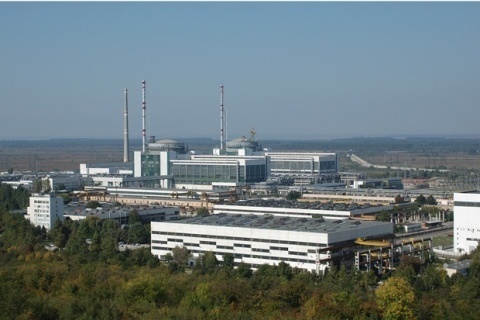 Bulgaria has offered to Rosatom to participate in the construction of Unit 7 of Bulgaria's Kozloduy Nuclear Power Plant, NPP.

The news was announced by the Deputy CEO of Rosatom, Kiril Komarov, speaking at the international "Atom Expo 2012" forum, and cited by Russia's RIA-Novosti and the Bulgarian Standard daily.

"The Bulgarian side proposed to examine our inclusion in the construction of Unit 7 of Kozloduy NPP. I believe that despite Bulgaria abandoning the Belene NPP project, our partnership continues and has good prospects," said he.

When the center-right Citizens for European Development of Bulgaria party GERB government suspended the Belene NPP project, it was decided that one of the reactors earmarked for it would be used as unit 7 at the Kozloduy NPP.

After almost three years of balking at it, the Cabinet of Prime Minister, Boyko Borisov, abandoned the NPP project in March 2012. The plant was supposed to be built by the Russian company Atomstroyexport, a subsidiary of Rosatom.

The construction of the Nuclear Power Plant in the Danube town of Belene would have cost EUR 10.35 B in the best case scenario, according to the estimates of Bulgarian government's consultant for the project, the HSBC bank.

The 2006 contract that Bulgaria's Socialist-led Three-Party Coalition Cabinet signed with Atomstroyexport for the construction of the Belene NPP was for EUR 3.997 B. Subsequently, however, it became clear that the final price would be higher, which led to years of haggling and seeking of "strategic investors" by the Bulgarian government of Borisov.

At one point Rosatom put the price of the construction of the 2000 MW plant at EUR 6.3 B, while Bulgaria insisted on EUR 5 B. The Borisov Cabinet terminated the project regardless of the Russian compensation claims, arguing that it was "economically unfeasible" for Bulgaria.