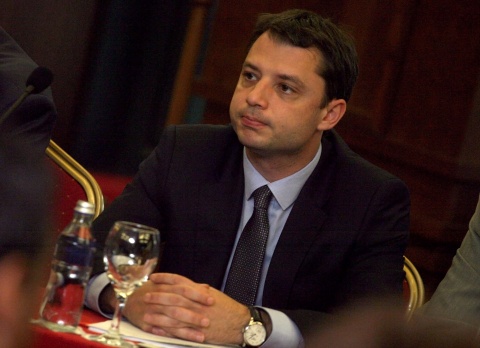 Energy Minister Delyan Dobrev has assured that the 11% discount on gas supplies from Russia is in force, despite the fact that the documents have not been signed yet. Photo by BGNES

Bulgaria's Minister of Energy, Economy and Tourism, Delyan Dobrev, has assured that the 11% discount on prices of Russian natural gas entered into force in April, despite the fact that the agreement has not been signed yet.

In a Monday interview cited by Darik radio, Dobrev stated that the papers setting out the gas price reduction had not been signed conclusively due to a set of new clauses demanded by the Russian side in connection with the implementation of the South Stream gas pipeline.

"The discount is in force from April 1 and this has already been agreed," the Minister stressed.

He added that the supplementary agreements sent by Bulgargaz two weeks ago had not yet been signed because the Russian party had insisted on including a protocol stating Bulgaria's commitment to make a final investment decision on South Stream by November 15.

"We made a commitment to sign an agreement for making a final investment decision during the negotiations. However, new parameters to the agreement have surfaced, which concern the financial model of the project and which we cannot sign in haste because we want to make sure that the national interest is protected to the utmost extent," Dobrev declared.

He told journalists that the agreement for the final investment decision on South Stream would be signed as soon as the authorities were sure that the national interest had been protected and that the project would be implemented with the optimal parameters.