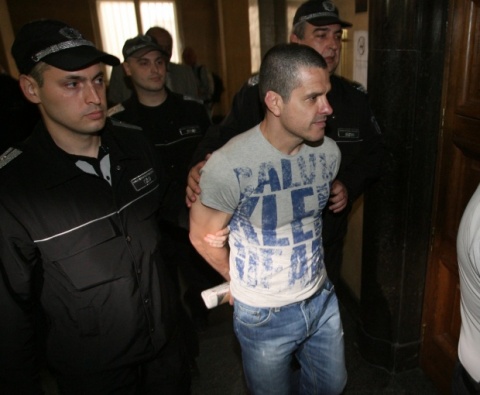 The trial was rescheduled for July 24, after the defense counsel requested the examination and use in the case of protocols of his arrest and raid of his home along with the list of confiscated items. The magistrates found the request justified and set a new date.

One June 1, the Sofia Appellate Court upheld the lower instance ruled to keep Brando permanently behind bars. The Prosecutor requested the measure on grounds Banev planned to secretly escape from Bulgaria to avoid the money laundering charges and trial.

His lawyers say that his defense rights have been violated thus the need of examining the said document from the arrest and the raid.

It also emerged Monday that Brando has been listed for one day at the prison's hospital. His lawyer refused to reveal the reasons, but further asked for a health check of her client.

In the aftermath of the arrest, Deputy Prime Minister and Interior Minister, Tsvetan Tsvetanov, informed that Banev had an Interpol arrest warrant in Switzerland on charges of trafficking 10 tons of cocaine from South America to Europe and money laundering. The Prosecutor's Office, however, denied having any information about a recent crime committed by him.