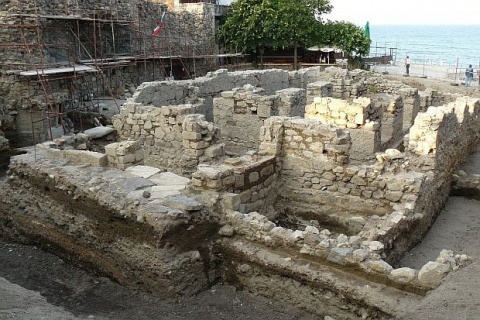 Bulgarian archaeologists have discovered a buried man with an iron stick in his chest in the Black Sea town of Sozopol.

The man, who was buried over 700 years ago, was stabbed multiple times in the chest and the stomach, as his contemporaries feared that he would raise from the dead as a vampire, National History Museum director Bozhidar Dimitrov has told local media.

Experts believe that the man may have been an intellectual and perhaps a medic, as such individuals often raised suspicions in the Middle Ages.

The man's grave was discovered near the apse of a church, which suggests that he was an aristocrat.

Over 100 buried people whose corpses were stabbed to prevent them from becoming vampires have been discovered across Bulgaria over the years, according to Bozhidar Dimitrov, head of the Bulgarian National History Museum. More details on Dimitrov's account READ HERE