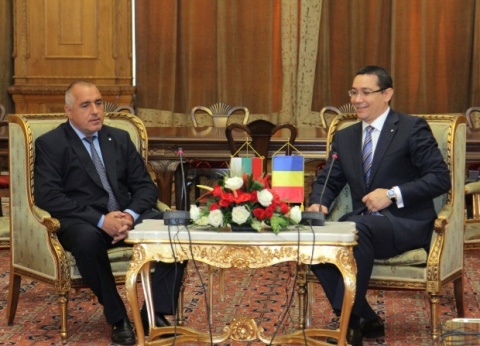 Bulgarian Prime Minister Boyko Borisov and his Romanian counterpart Viktor Ponta have described their nations' economic relations as "excellent" at a meeting in Bucharest.

Borisov and Ponta met Friday in the Romanian capital before an international conference entitled "Challenges and Opportunities for the Future EU Budget – Friends of the Cohesion Policy", the Bulgarian government press service said.

"You can always rely on Bulgaria's participation in initiatives such as today's forum," Borisov told Ponta.

The two prime ministers also discussed the completion of Danube Bridge 2 – linking Bulgaria's Vidin and Romania's Calafat, as well as both nations' delayed bids to join the Schengen Area.