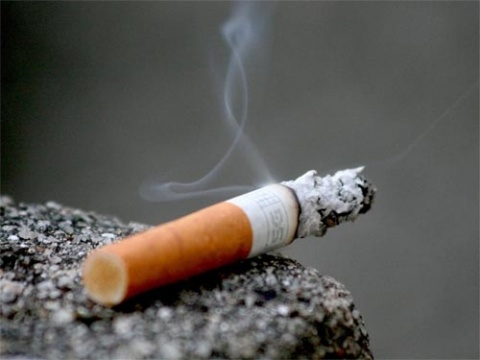 Bulgaria's crack-down on smokers date back to 2005, when a partial smoking ban was introduced only to be widely ignored. File photo

The full smoking ban in Bulgaria became effective on Friday, June 1, at midnight.

The changes in the Law on Public Health mandate that smoking is fully banned in all work places, restaurants, bars, public transportation, cinemas, movie theaters, all hotels, near administrative buildings, in the yards or nearby daycare centers and schools, on playgrounds, at outdoors children events, open air performance venues, and sports facilities, while airports can be furnished with completely closed smoking chambers.

According to the latest data, approximately 39% of Bulgarians are smokers. Some 30% of the Bulgarian women do not quit the harmful habit even after they get pregnant.

More than 50% of Bulgarians are said to be in favor of the introduction of a full smoking ban in enclosed public spaces.

The ban in closed public spaces was to be enforced in 2010, but was postponed by the government with the argument that it might harm the country's tourism.

Ireland was the first country in Europe to introduce the full smoking ban in 2004.

Health inspectors began checks of restaurants and bars at midnight on June 1, and issued the very first fines, but health authorities in Bulgaria have already admitted that they lack the needed capacity and enough authority to sanction the violators, who include both owners of establishments and customers.

There are a total of 650 inspectors for the entire country, and they also deal with noise, and hygiene.