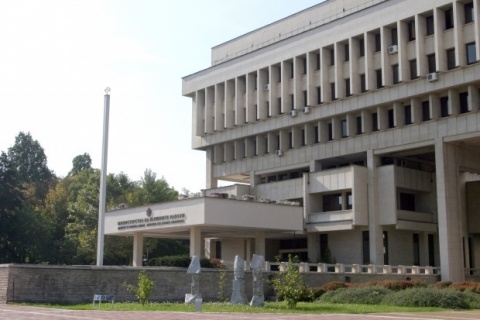 Bulgaria's Foreign Ministry has received special thanks from the Syrians in Sofia for its actions on the Syrian crisis. Sofia Photo Agency

The Syrian community in Sofia has thanked the Bulgarian government for expelling Syrian Ambassador after the recent massacre in Houla, for which the international community blamed the regime of President Bashar al-Assad.

On Tuesday, May 29, Bulgaria's Foreign Ministry formally asked Salah Sukkar, Charge d'Affaires of the Embassy of Syria, to leave in the wake of the recent massacre of civilians in the Syrian town of Houla.

The Syrian community in Bulgaria gathered Thursday before the building of the Bulgarian Ministry of Foreign Affairs in order to declare its gratitude for Bulgaria's position "in support of the victims of the regime in Syria."

The Syrians in Sofia handed a letter of gratitude to the Bulgarian Foreign Minister Nikolay Mladenov, also thanking him for facilitating a meeting between representatives of the Syrian opposition, which took place in Bulgaria's Pravets.

"Bulgaria proves every day that it is ready to extend its arm, and to be a promising partner for the new democracies in the Arab world. Supporting our fight for freedom and democracy, Bulgaria proves to be true to the European principles of liberty and equality," states the letter of the Syrian community in Sofia.

"It is clear to all that Bulgaria has an invaluable historical, political, and cultural potential that will take it far under the leadership of people such as Minister Mladenov, allowing it to take its strategic place on the world map," the letter reads.

Following Bulgairan Foreign Minister Nikolay Mladenov's instructions, Deputy Foreign Minister Ivan Naydenov met on Monday, May 28, with Salah Sukkar to protest the killings of more than 100 Syrian civilians, including 30 children, in the town of Hula and the escalation of violence over the last few days.

For more than a year, Assad's regime in Syria has been faced with civil unrest as part of the so called Arab Spring revolutions.