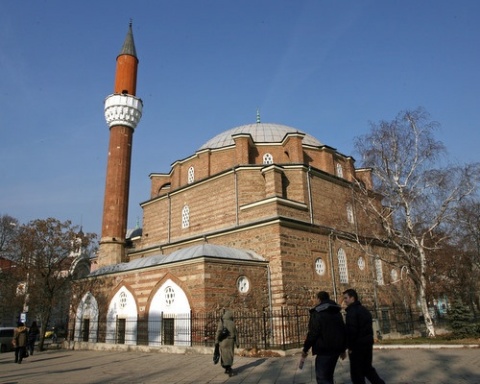 Bulgaria's Culture Minister, Vezhdi Rashidov, is on an urgent quest to find funds to repair the Sofia mosque, which was damaged by the May 22 earthquake with a magnitude of 5.8 on the Richter scale.

The Minister, who is from ethnic Turkish background, personally inspected the damage Thursday. The building has several long cracks in its foundation reaching the walls. Some are old, but some are the result of the last week tremors.

Rashidov informs he has already spoken with his colleague, Deputy Prime Minister and Interior Minister, Tsvetan Tsvetanov, who is also in charge of the Consultative Council on Disasters, to discuss measures that need to be undertaken.

"This is a national historical site and we must act immediately," the Culture Minister says.

The Banya Bashi Mosque (Banya Ba?? Camii) is the only functioning mosque in Sofia, a remnant of the Ottoman rule of Bulgaria that lasted nearly five centuries, and is used by the city's Muslim community.

Its construction was completed in 1576. The mosque derives its name from the phrase Banya Bashi, which means many baths. The most outstanding feature of the Mosque is that it was actually built over natural thermal spas. One can even see the steam rising from vents in the ground near the Mosque walls. The Mosque is famous for its large dome, diameter of 15 meters, and the minaret rising upward to the sky.

Most guide books attribute its design and construction to the famous Ottoman architect, Mimar Sinan, who built the Suleymaniye mosque in Istanbul, dedicated to Sultan Suleiman the Magnificent, and many other famous structures.