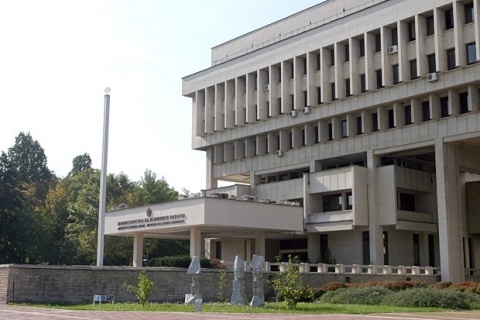 Bulgaria will most likely follow suit and expel Salah Sukkar, Charge d'Affaires of the Embassy of Syria.

If this happens, diplomatic relations will drop to a lower level and the contact with Bulgarian authorities will be established through another official of the Syrian embassy.

So far, France, Germany, the UK, Spain, Italy, Canada and Australia have taken steps to expel the Syrian diplomats in a bid to step up pressure on Damascus amid continuing violence by government forces against civilians and opposition members.

Following Foreign Minister Nikolay Mladenov's instructions, Deputy Foreign Minister Ivan Naydenov met Monday with Salah Sukkar to discuss the killings of more than 100 Syrian civilians, including 30 children, in the town of Hula and the escalation of violence over the last few days.

Deputy Minister Naydenov was adamant in his call to the Syrian authorities for strict adherence to the peace plan proposed by joint United Nations-Arab League special envoy Kofi Annan.

"The killings of civilians have continued for over a year, which is absolutely unacceptable. The violence in Syria must be stopped immediately," Ivan Naydenov stated.

Bulgaria's Deputy Foreign Minister called for an in-depth investigation of the massacre in Hula.