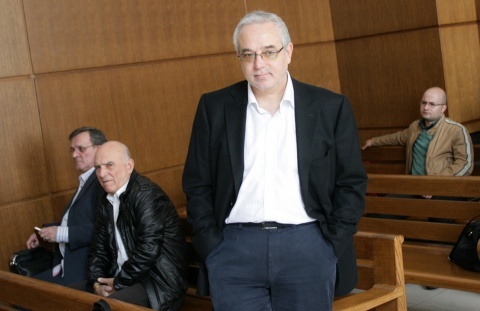 Dobrev has been accused of a number of abuses of office since the trial against him and another 13 former officials from the municipal company began in 2003. Photo by BGNES

The first appeal hearing for embezzlement against Toshko Dobrev, former CEO of the notorious municipal real estate company Sofiyski Imoti (Sofia Properties) misfired and has been postponed for July 17.

The reason for the delay is the failure of the chief defense counsel, Ina Lulcheva, to appear in the courtroom, citing work commitments outside Sofia.

This is the fifth court case against Dobrev.

Prosecutors have accused him of signing 12 contracts in 2003 for selling properties at far below their market prices. The indictment is based entirely on real estate valuation performed by the expert Alex Nikolov, according to which the sales have incurred BGN 2 M of losses to the municipality.

In the middle of January 2012, the Sofia City Court sentenced Dobrev to four years in prison after finding him guilty of mismanagement and signing unprofitable transactions, which robbed the municipal company of over half a million levs.

A month later Sofia City Court handed down to him another four years in jail for swapping a real estate property in the Lyulin residential district for 26 automobiles Peugeots. The deal has robbed the municipal company of BGN 300 000, the judges said.

Dobrev has been accused of a number of abuses of office since the trial against him and another 13 former officials from the municipal company began in 2003.

In the years 2003-2004, the municipal company allegedly let out buildings, apartments and office spaces in the center of the city at prices considerably lower than their market value.

The case was launched eight years ago, with Sofia City Court postponing proceedings a number of times in 2009.

In April 2012, Dobrev was cleared for the first time in one of the trials.