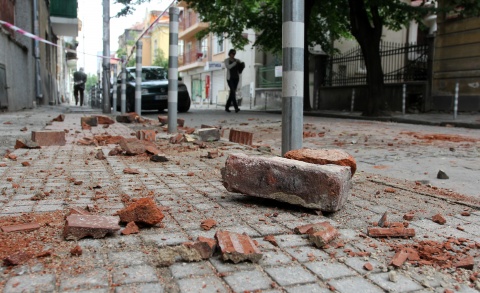 A new earthquake with a magnitude of 3.5 on the Richer scale has been registered near the Bulgarian capital Sofia, following shortly an aftershock of 3.1.

The new aftershock – which follows the May 22, 2012, earthquake in Western Bulgaria with a magnitude of 5.9 – occurred at 8:08 pm Tuesday night, according to the European Seismology Center. It followed a 3.1-magnitude aftershock at 7:26 pm.

The epicenter of the new earthquake was located 24 km southwest of Sofia and 7 km southeast of the western Bulgarian city of Pernik, at a depth of 4 km.