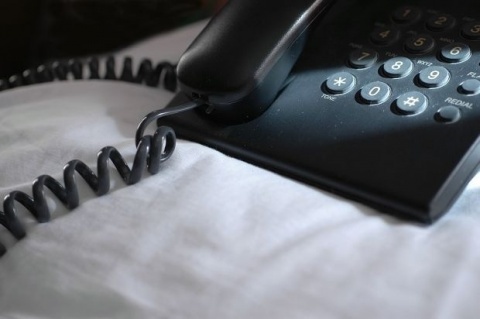 Phone fraud scams of elderly people are wide-spread in Bulgaria though subsiding lately after many became aware and refuse to fall prey of them. File photo

A new phone fraud scam is flourishing in Bulgaria Tuesday in the aftermath of the strong earthquake that hit overnight.

Just hours after the first shock, the phone fraudsters jumped on the opportunity to benefit from panic and began calling the elderly presenting themselves as injured relatives in need of help, the Bulgarian National Radio, BNR, warns, citing listeners' reports.

A young man from Sofia informed that his grand-mother, who lives in the countryside, has received two calls already from two different individuals telling her the entire family in Sofia was listed in hospitals and urgently needed money for treatment.

Many Bulgarians are now fully aware of the phone fraudsters' usual scams such as calling elderly people to tell them a close one has been a victim of a traffic accident and or has caused one and needs money either for treatment or for bail. Fewer people fall prey of these scams now.

Police say and warn that in their desire to bring back the phone fraud boom from the last years, the perpetrators would use any opportunity to score some cash.

Despite the strong shock, there are no reported casualties, no serious injuries and no significant national infrastructure damage either.